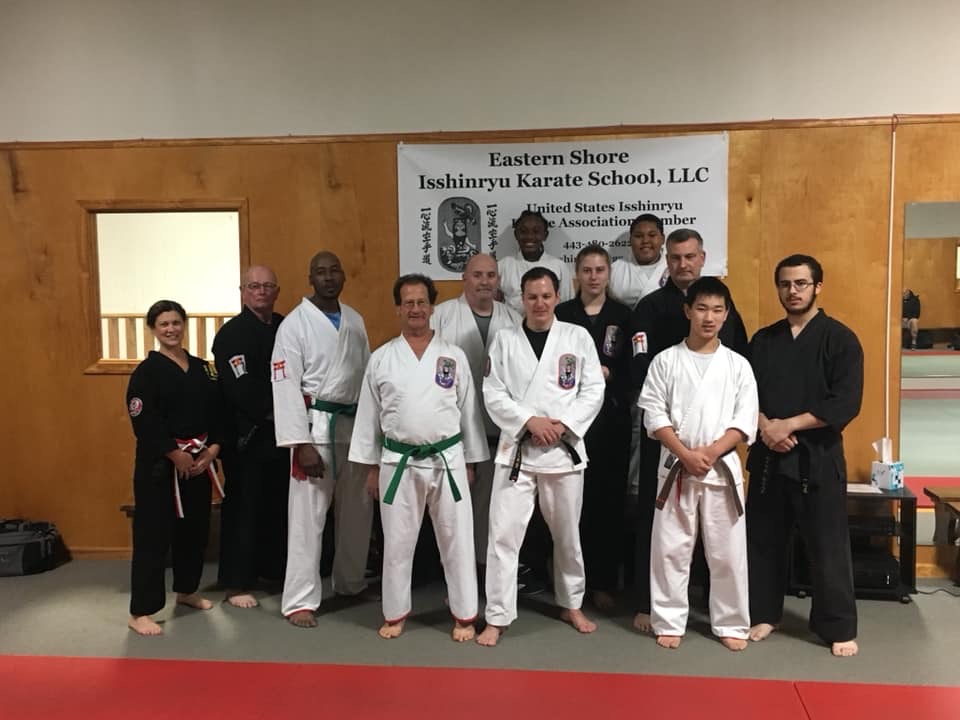 It has always been said that there is more to Karate than punching and kicking, and this week proved to define this once again.

On two separate evenings following the Thanksgiving Holiday, members of the Order of Isshinryu had exceptional workouts and bonding time, but also enhanced Isshinryu community bonds.

The energy-charged workout was led by Master Cimorosi. He started with team and skill-building agility drills followed by an extensive focus on Seiuchin kata. The kata review included standard Order of Isshinryu bunkai, followed by the many potential hidden techniques.

Afterwards, everyone gathered for fellowship over pizza.

Then, on Thursday November 29th, members of the Elkton and Trappe Dojo’s traveled to the Eastern Shore Isshinryu Karate School located in Chestertown, Maryland to workout with Renshi Margie Smith and her students.

A huge thank you to everyone who participated in both events!

“The class you miss today will never be repeated.”  ⛩