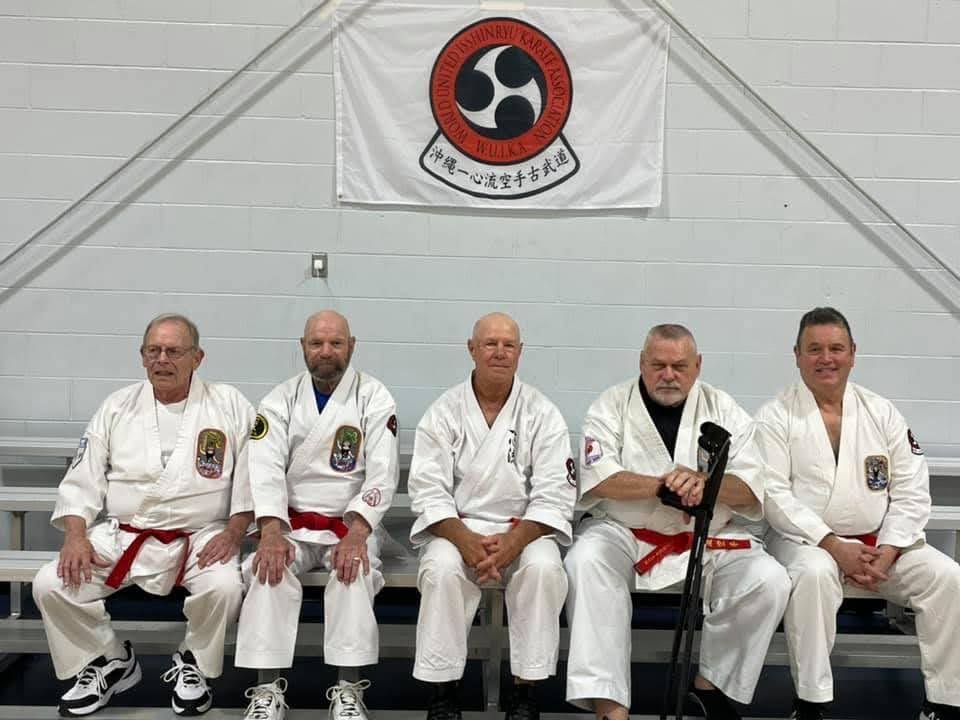 The World United Isshinryu Karate Association (WUIKA) held its 2021 Gasshuku this past weekend in Lutz, Florida.  Master Tom Lewis and Master John Bartusevics were guests of honor at the event.  Both of these accomplished martial artists are first generation students of Grandmaster Tatsuo Shimabuku (Soke Shimabuku) and 9th dan (kudan) officers of WUIKA.

The weekend event included a tournament, a host of seminars (kumite, kata, weapons, and bunkai) by WUIKA members as well as guest instructors, ceremonies, and promotions.

The guests of honor, Master Tom Lewis and Master John Bartesevics, were both promoted by the WUIKA organization to judan, 10th degree black belt.  Congratulations on behalf of Master Cooling and the Order of Isshin-Ryu Martial Arts!

Master Tom Lewis began studying under Soke Shimabuku in July of 1959 while in the Marines and continued studying in Okinawa for a year and a half, reaching 5th dan (godan) before leaving.  In 1964, Sensei Lewis began teaching in Salisbury, Maryland.  Around that same time, Master Cooling became a student of Sensei Lewis at his Salisbury Dojo.  Master Cooling would remain a student of Sensei Lewis until green belt, when he asked Master Don Nagle in New Jersey to be his sensei.  In addition to Master Cooling, other notable students of Master Lewis include Master Reese Rigby and Master Barry Smith.  In 1989, Master Lewis moved to Wyoming where he continued teaching.  Master Lewis received his last promotion to kudan in April, 2005.  He has been in the martial arts for 62 years and has taught for over 50 of those years.  Aside from Isshin-Ryu karate, he has also trained in Bando, kickboxing, boxing, and combat handgun.  Our congratulations to Grandmaster Tom Lewis on his judan promotion!

Master John Bartesevics and his family emigrated from Latvia, through Germany, during the war around 1949.  He was first introduced to martial arts at the age of 13 by a former Marine teaching Judo and Jiu-Jitsu in a Philadelphia suburb.  Hearing stories of the Marine Corps, he decided life in the Marines was his calling.  He enlisted in January 1960 after completing high school.  Master Bartesevics volunteered to be stationed in Okinawa where he hoped to learn karate.  There he joined Soke Shimabuku’s dojo.  After 14 months of training, Master Bartesevics was promoted to shodan.  In 1965, before leaving Okinawa, he was promoted to yondan.  Master Bartesevics spent 30 years in the Corps before retiring in 1990 as a Captain.  He received a Silver Star and Purple Heart during his time in Vietnam. He had several tours in Okinawa, some lasting as long as 6 years.  When Master Bartesevics wasn’t stationed in Okinawa or other overseas areas during wartime, he taught at two dojos that he owned and operated in California.  One would eventually be sold to Master Arcenio James Advincula, another legendary first generation student of Soke Shimabuku.  In addition to Isshin-Ryu training, Master Bartesevics has also trained in Judo, Jiu-Jitsu, close combat, Shorin-Ryu, Kempo, Okinawan Kempo, Kobudo, and Kempo Karate.  Our congratulations to Grandmaster John Bartesevics on his judan promotion! 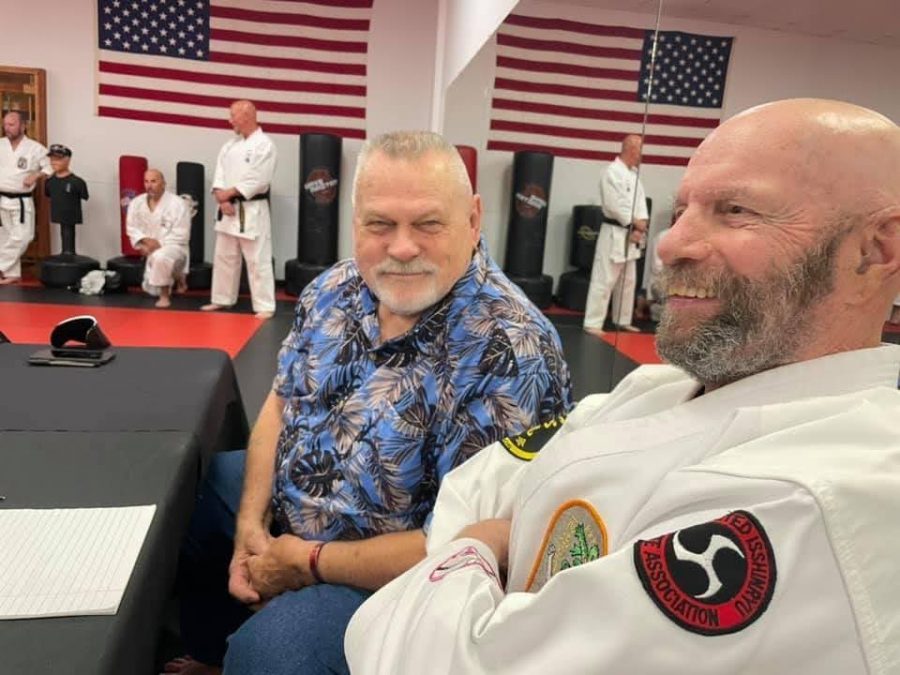 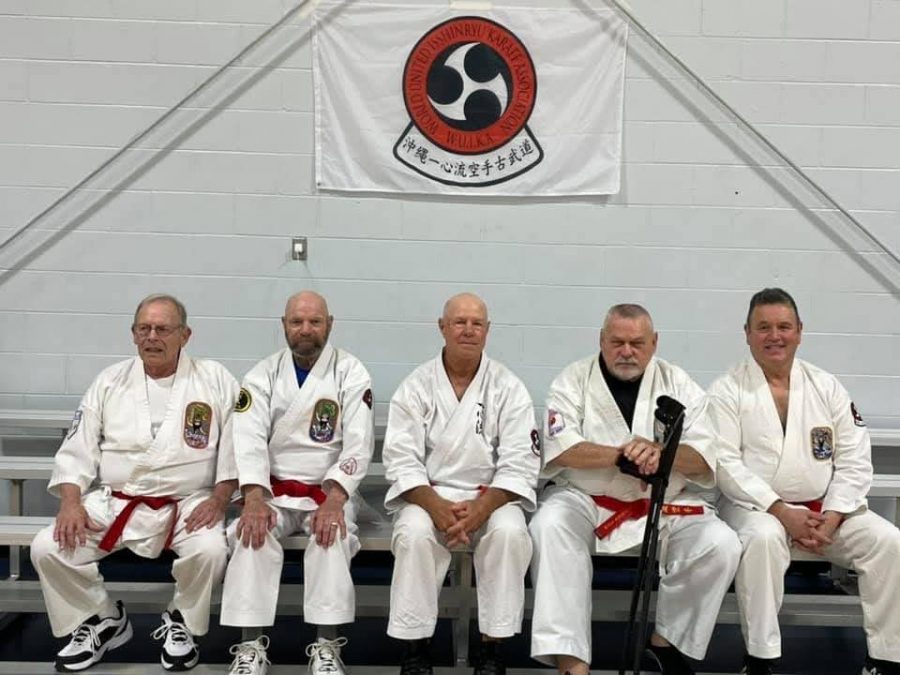 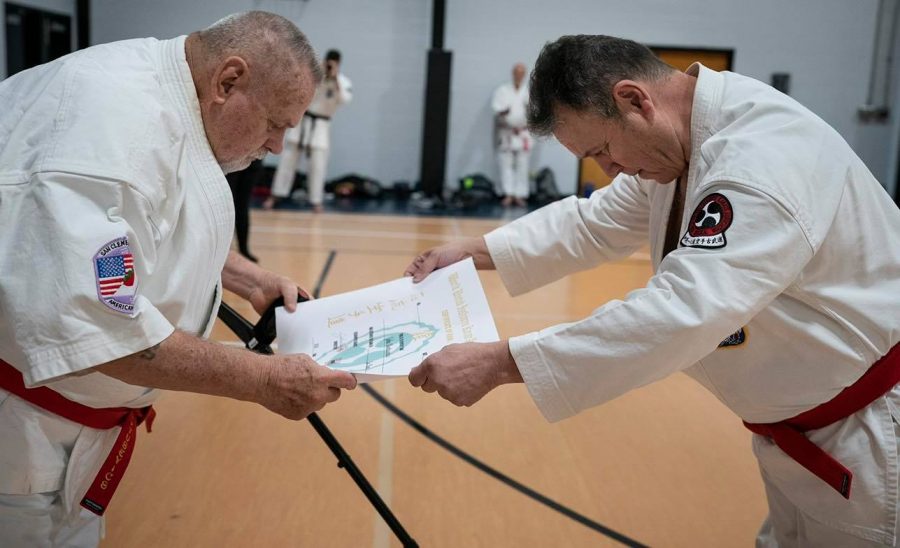 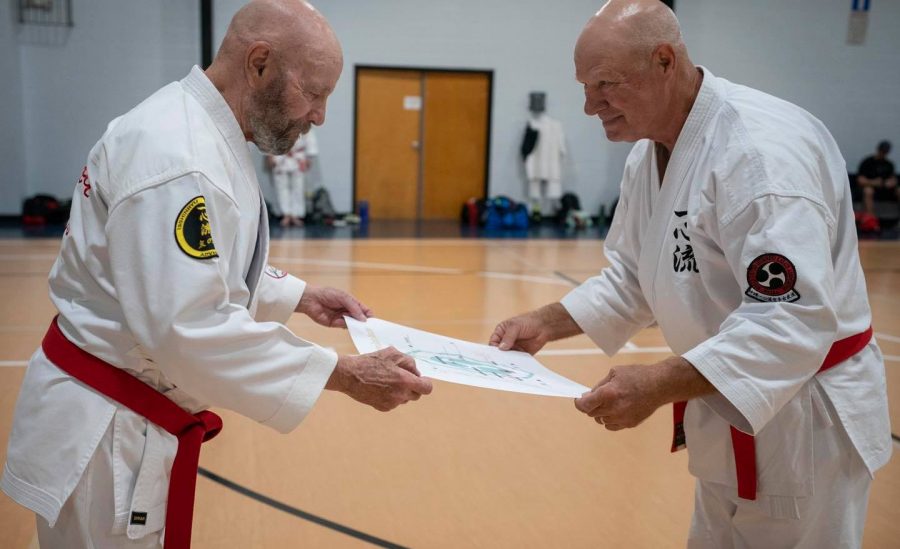 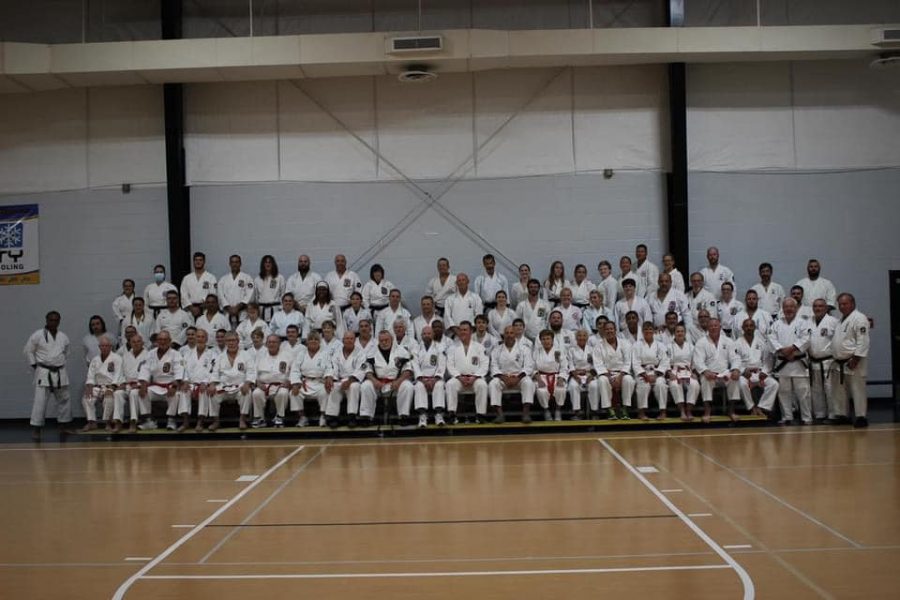