We highly recommend these books, written by our own Dan Popp, sensei.  Click on the book photo to go directly to Amazon books for purchase. 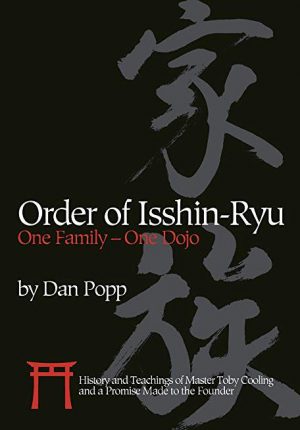 In 1956 Tatsuo Shimabuku formalized his martial arts training, knowledge and experiences into one of the world’s foremost karate styles: Isshin-Ryu. Many outstanding karate-ka were produced over the years and the style has grown exponentially throughout the world. One such ambassador of Isshin-Ryu who has built a foundation of tradition and outstanding students is Toby Cooling. Grandmaster Cooling has kept a lifelong promise to Isshin-Ryu’s founder by building a true karate family. This is the story and history of Grandmaster Toby Cooling’s legacy: The Order of Isshin-Ryu. 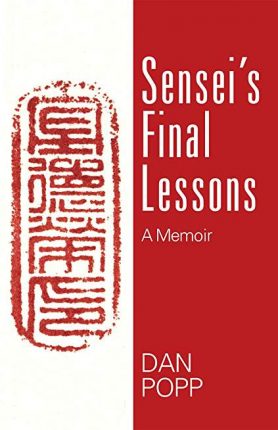 Martial arts training is unique in that it aims to develop the body, mind, and spirit of the practitioner. Even more special is having the opportunity to apprentice under a true exponent from the lands where the budo were developed and fostered. In 1990 Dan Popp had the good fortune to meet Duk Yeong Kim Sensei, and what transpired was a 17 year journey of studying traditional Japanese Kendo (Way of the Sword) and Shodo (Way of the Brush). In Sensei’s Final Lessons, Dan outlines various lessons learned during the last five years of his sensei’s life-lessons that are not necessarily related to martial techniques and training methods, but also include concepts and ideas to continually hone and polish the mind and spirit. Lessons that Kim Sensei believed and demonstrated by example each and every day-as a dedicated follower of the budo should. This book provides a glimpse into the mind and spirit of a true martial arts Renaissance man as Dan’s sensei provided him instruction in not only the martial arts, but also the Japanese aesthetic arts such as Shodo calligraphy. Duk Yeong Kim was from an era before the official formulation of Kendo – and Dan’s story will give the reader some sense of what it’s like to train in the Japanese arts of Kendo and Shodo and the guiding principles garnered from such training. 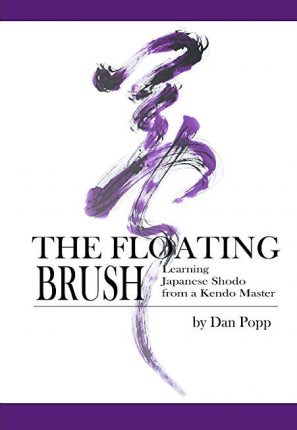 THE FLOATING BRUSH presents the ancient Japanese art of Shodo… or Way of the Brush. This book provides a glimpse of how he learned this aesthetic art form and includes examples of his sensei’s art as well as Dan’s own artwork over the years. Kim Sensei also provided Dan instruction in the art of Shodo, or Japanese calligraphy. Although his sensei passed away in 2007, Dan continues to practice Shodo to honor his teacher. His art was exhibited in Lancaster, PA in 2009 and 2010. In September 2012, Dan’s work was featured in Harrisburg, PA at The Gallery at Second.