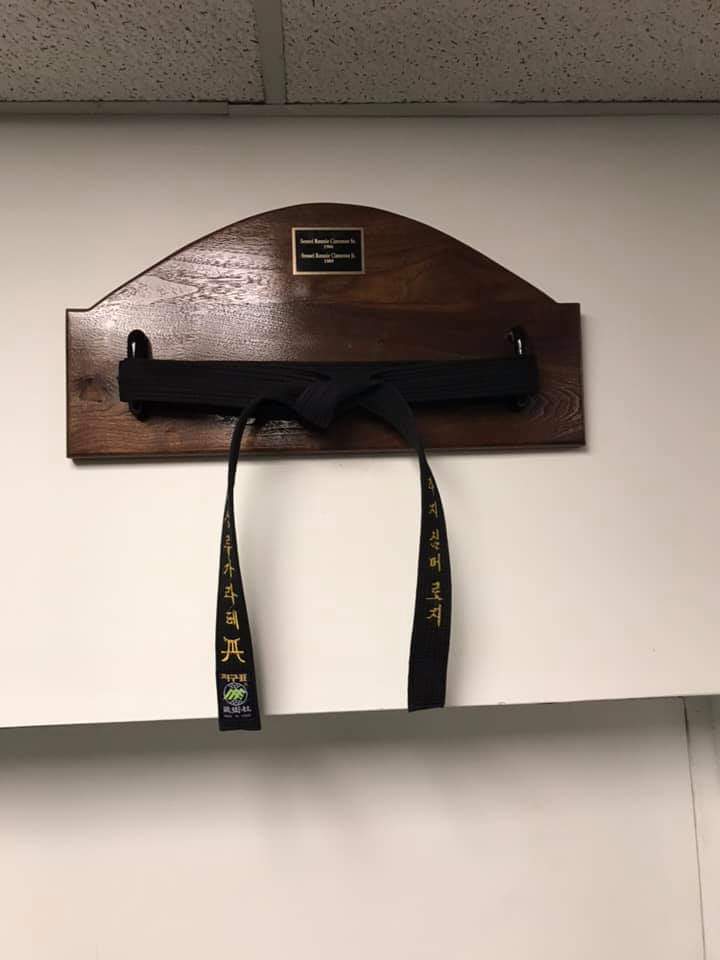 Master Cimorosi (Hachidan in the Order of Isshinryu) lost his father this past December.  His father also studied the martial arts and was able to pass on his knowledge to others in the art of Seibukan Karate.  Master Cimorosi recently shared a lasting tribute that he has in his Dojo – karate is much more than just punching and kicking!  ⛩

I retired our Black belt and asked a good friend to hand-make a special plaque for us.  I hung it with our Obi (karate belt) tied to it on the wall at my fathers house.

When my father was laid to rest, I placed our Black belt on him.

My best friend, Sensei Kurt Kline, had an Obi made for me when he was in Korea back in the 90’s.  I tied the Obi from Korea on the plaque that bears both my fathers and my name and dates we earned our Black Belts.  The plaque now hangs in my Dojo.  (Which makes it extra special)

My Father’s spirit will be with me always but especially in the Dojo!”

Our hearts go out to Master Cimorosi and his family.  A wonderful tribute to his father’s memory.