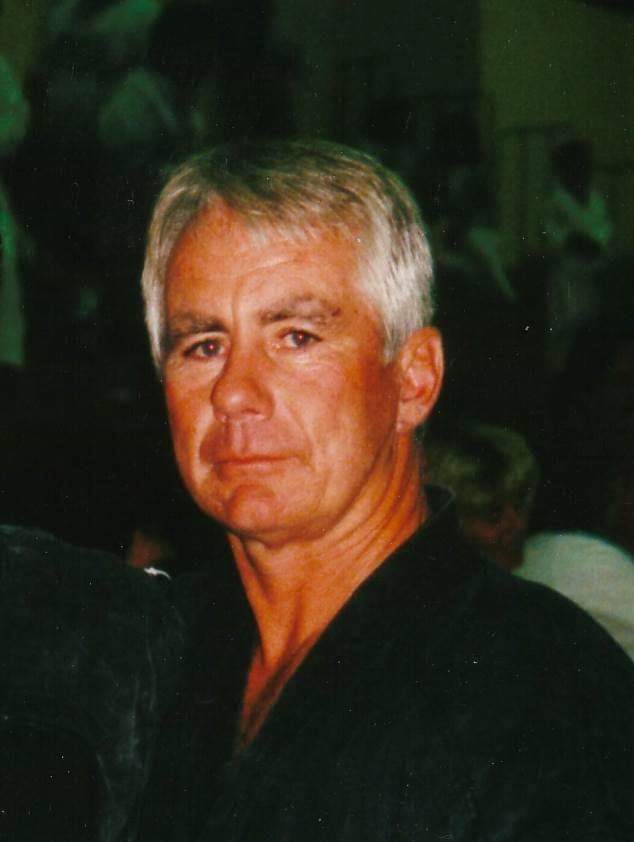 It is with a heavy heart that we share the news that our brother and friend, Master Barry L. Smith, has passed after a long battle with cancer.

As one of the founding members of the Order of Isshin-Ryu, Master Smith’s martial arts history began when he met a young man named Toby Cooling at Jim’s Drive-In in 1967. Mr. Cooling told him about the karate school where he was training in Salisbury, Maryland. Mr. Smith joined that dojo soon after under Sensei Master Tom Lewis.

In 1970, Mr. Smith was promoted to Sho Dan by Mr. Cooling, who was then Sensei. After graduating from the University of Baltimore, Mr. Smith joined the Maryland State Police. In 1978, he was appointed an officer survival instructor. During the next few years, Barry trained allied agencies such as the Maryland Deptartment of Natural Resources, the Alabama State Police, and the Penn State Police in defensive tactics, survival, and SWAT tactics.

Sensei Barry Smith founded the Cambridge Dojo in 1971. As a Sensei, he believed that nothing is given…it is earned. If you were his student, you knew that nothing less than the best would be required. He consistently produced excellent black belts: Frank Hastings, William Sullivan, Art Phillips, Shelley Bell, Jeff Weber and Duane Dieter, to name a few. For years, the Dojo occupied a space above the Caldwell Casting Company in Cambridge, Maryland. The Dojo had one tiny, in-openable window…no air conditioning…above a company that dealt with heating metal above 1000 degrees. It only compounded the point of the training – either you endured or you dropped out.

Sensei Smith attended numerous survival schools, including the Northwestern University Survival School and the Broward County Survival School (headed by Joe Hess, the 1977 Full Contact Champion). He was then appointed the primary defensive tactics and physical training instructor for the Maryland State Police in 1983.

In 1985, Sensei Smith entered the Police Olympics where he represented Isshin-Ryu Karate. He won four gold medals and one bronze. He was the only contestant to qualify for the International Police Olympics in Sydney, Australia.

In 1998, Sensei Smith battled cancer for the first time. He turned the Dojo over to Sensei Shelley Bell and endured surgery and radiation treatments. He came back tougher than ever, hitting the gym and opening a workout center at his home. It was there that he began challenging himself to find better and more efficient ways to train his law enforcement students. In this process, he also challenged his Isshin-Ryu brothers to look at new approaches to techniques.

Master Smith was inducted into the Isshin-Ryu Hall of Fame in 1996. Grandmaster Cooling promoted him to Ku Dan in October, 2014.

The cancer attacked him again in late 2018. He endured two surgeries and had begun radiation treatments, when his body finally gave out on May 25, 2019.

We are heartbroken. Master Barry Smith was a warrior to the end. He was one of my best friends and I will miss him greatly.